24 Hour Access Request:
(No spring 2020 semester requests are being taken) 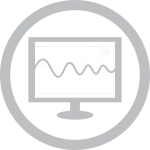 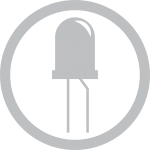 Dedicated to the students in Senior Design Class, the Frederick Ketterer Lab is named after Dr. Fred Ketterer, an associate professor described as “the guardian of the quality of our undergraduate program” of Electrical Engineering. A 1954 Penn physics alumnus, Dr. Ketterer did research in industry for DuPont and General Electric while preparing for his M.S. in Electrical Engineering, which he received from Penn in 1960. For his Ph.D. in EE, he moved to MIT where he won the first of four teaching awards he was to receive in his career, the 1965 MIT Teaching Award. Returning to Penn later that year as an assistant professor, he won the United Engineers Award for Outstanding Teaching in 1968 and was promoted to associate professor three years later. In 1981 he also won the Lindback Award for Distinguished Teaching, followed by  Engineering’s S. Reid Warren, Jr., Award for Outstanding Teaching in 1982. Early in his career he became known for his research on techniques for freezing organs for transplant. He was a member of the Society for Cryobiology, the Radiation Research Society and other professional organizations, and was a consultant to the National Cancer Institute and  Jefferson University Hospital. He also co-founded the Conshohocken firm K&C Medical.

“Over the years Fred has played the single most dominant role in the undergraduate education of electrical engineering students at Penn,” said Dr. Sohrab Rabii, professor of electrical engineering. “No EE undergraduate, during the past 35 years, has left without experiencing his rigorous, demanding and dedicated style of teaching. He has served as a model for all of us, and he will be sorely missed as a colleague and a friend.”